I Quit Smoking with These 5 Tips

Anyone that has tried to quit smoking knows how difficult it can be. If you have tried to quit, you have likely failed in your first attempt. Perseverance is key in the struggle to quit smoking, especially since quitting is one of the best things that a smoker can do to improve their overall health. Here are 5 quick tips that helped me personally, and might help you or a loved one with the next attempt to quit.

By selecting a day to quit ahead of time, you give yourself a better chance of quitting. With a specific date in mind, you can mentally and physically prepare yourself for the moment that you will actually stop smoking. This method works because your decision and following action to quit become thought out processes, rather than spur of the moment impulses. Often when smokers try to stop based on an in-the-moment feeling, they are just as likely to start again based on similar temporal feelings and cravings. Give yourself the best chance possible and treat quitting like an important challenge that requires training and preparation.

All smokers have triggers that prompt cravings to intensify. Most smokers are only partially aware of their triggers, if at all. If you can observe your smoking habits objectively, prior to quitting, you can take measures to avoid as many of your triggers as possible. Additionally, you can prepare yourself mentally and physically for the unavoidable triggers such as eating, morning coffee, commute to work etc. By knowing your tendencies and being aware of potential triggers, you give yourself a better chance to battle cravings and make it through the difficult first week.

3. Replace a Bad Habit with a Good One

Prior to quitting, decide on one or several habits that you can use in place of smoking to help your brain move past cravings when they are their strongest. Most people struggle with an oral fixation when they try to quit. Simple things such as carrying a pocket toothbrush, toothpicks, breath mints, gum, etc. can help trick your brain into thinking that said oral craving has been satisfied. Similarly, deciding to do something active every time a craving hits can greatly help with the severity of cravings. Exercise causes the brain to release dopamine and other neurotransmitters that can placate some of the brain receptors that are craving nicotine. Regardless of which positive habit or combination of habits you choose, having a game plan for dodging cravings with positive or benign activities is yet another weapon to be used in the fight to quit.

4. A House That Quits Together, Stays Together

If you live in a household where you are not the only smoker, consider recruiting your family members or roommates to quit with you. The old adage “strength in numbers” is true in most things–quitting smoking is no exception. By planning to quit with other members of your household, you gain a support system while simultaneously ridding your immediate surroundings of additional temptation. Quitting is hard. It is even harder if someone is constantly smoking at your home base. With familiar smells, paraphernalia and actual cigarettes within arms reach, quitting while in the company of active smokers can make the battle that much harder. However, this tip has a dangerous side. Be careful not to attach your own success to the strength of your partners in quitting. Take measures to ensure that if your quitting-buddy(ies) succumb to cravings, you are strong enough in your resolve to fight through temptation and not follow suit. Instead, be an inspiration for them and encourage them to try again, while not giving in yourself. 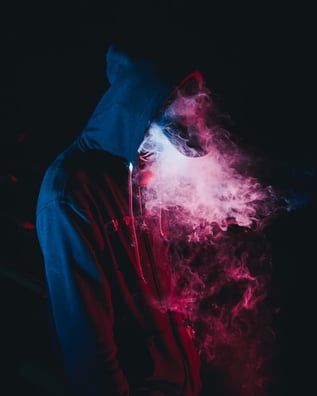 5. Avoid Vaping as a Substitute

A common trend in the world today is to use vaping nic salt as a means to wean a smoker off of their nicotine dependency. However, this substitute is a slippery slope. Most vape products contain as much or even more nicotine than the cigarettes they claim to help people quit. Additionally, vaporizers are more readily accessible and can be smoked continuously rather than one 5-minute cigarette. While some people can use vaporizing as a means to slowly quit, the danger of becoming even more addicted to nicotine is looming when a vaporizer is used. Also, given that vaping is a relatively new concept, medical science has not had nearly enough time to understand its effects. For those people wishing to stop smoking, avoiding alternative nicotine ingestion is likely a smart way to approach quitting. 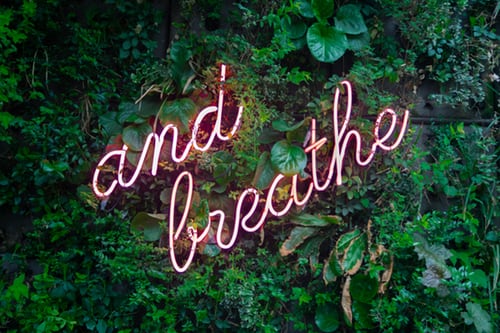 These tips are not guaranteed to make someone successful in their attempts to quit. However, if used in tandem with a strong will to stop smoking, they can assist anyone who genuinely wants to stop smoking. To those people out there that want to stop, I wish you the best of luck. Do not give up if at first you fail.

For more information on healthy living and other tips for being the best version of yourself that you can be, subscribe to our blog. Questions and comments are welcome to be left below.